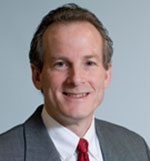 Analysis of data from two long-term studies of the impact of attention-deficit hyperactivity disorder (ADHD) on the development of psychiatric disorders in young adults confirms that ADHD alone significantly increases the risk of cigarette smoking and substance abuse in both boys and girls. The report from a team of Massachusetts General Hospital (MGH) investigators will appear in the Journal of the American Academy of Child & Adolescent Psychiatry and has been released online.

“Our study, which is one of the largest set of longitudinal studies of this issue to date, supports the association between ADHD and substance abuse found in several earlier studies and shows that the increased risk cannot be accounted for by co-existing factors, such as other psychiatric disorders or family history of substance abuse,” says Timothy Wilens, MD, of the MGH Pediatric Psychopharmacology Unit, who led the study. “Overall, study participants diagnosed with ADHD had a one and a half times greater risk of developing substance abuse than did control participants.”

While previous studies from investigators at MGH and elsewhere found an increased risk of substance abuse in adolescents and young adults with ADHD, questions have been raised about whether specific aspects of ADHD, such as impulsive behavior, cognitive problems, school problems, accompanying conditions such as bipolar disorder or conduct disorder, or family factors were actually responsible for the risk. To get a clearer picture of the factors behind the increased risk, the researchers examined data from two previous studies – one of boys, one of girls – that analyzed the prevalence of a broad range of psychiatric and behavioral disorders in participants diagnosed with ADHD as children.

From those two studies, a decade of more of follow-up information was available for a total of 268 participants with ADHD and 220 control participants, both groups equally divided by gender. Among the ADHD participants, 32 percent developed some type of substance abuse, including cigarette smoking, during the follow-up period, while only 25 percent of control participants had substance abuse problems. Factors such as gender, cognitive difficulties, mood disorders, school problems, or family history of substance abuse did not impact the risk. The only additional diagnosis that had an effect was Conduct Disorder, which tripled the risk when combined with ADHD.

“Anyone with ADHD needs to be counseled about the risk for substance abuse, particularly if they have any delinquency,” explains Wilens. “We still need to understand why some kids with ADHD develop substance abuse and others don’t, whether particular treatment approaches can prevent substance problems and how best to treat young adults that have both ADHD and substance abuse.” Wilens is an associate professor of Psychiatry at Harvard Medical School.

The study was supported by grants from the National Institutes of Health, the Eli Lilly and Company Foundation and the MGH Pediatric Psychopharmacology Philanthropy Fund.