You are here: Home › Chronic Post-Traumatic Stress Disorder (PTSD) In Women Linked To History Of Rape Or Child Abuse
By Christopher Fisher, PhD on December 17, 2011 in PTSD 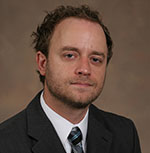 A Florida State University clinical psychologist has identified factors that could cause some women with post-traumatic stress disorder (PTSD) to have chronic, persistent symptoms while others recover naturally over time. At the conclusion of a two-year study of women from across the nation, Assistant Professor Jesse R. Cougle found that those with PTSD who reported a history of rape or severe childhood physical abuse were more likely to suffer chronic PTSD symptoms.

In addition, women who reported more “re-experiencing” symptoms, such as nightmares and flashbacks, at the initial assessment were more likely to suffer from persistent PTSD symptoms two years after the study began.

“What makes our findings unique is the recovery component,” Cougle said. “Most studies of this kind have looked at risk and resiliency or the factors that determine who develops PTSD and who doesn’t. We studied factors that influence recovery, or lack thereof, in a sample with PTSD.”

“What we found,interestingly, is that more than half of the women in our sample — 58 percent — recovered within two years,” Cougle said.

Most people will experience at least one potentially traumatic event during their lifetimes that could result in PTSD. Knowing the factors that predict chronic PTSD will help to identify people who are most in need of assistance and treatment after suffering a traumatic event.

Cougle also found that about half of the women who recovered from PTSD during the study did so without any sort of professional treatment.

“Some women have a natural capacity to recover from PTSD,” Cougle said. “They won’t require treatment to get better.”

Cougle’s research, “Factors Associated with Chronicity in Post-Traumatic Stress Disorder: A Prospective Analysis of a National Sample of Women,” has been published in the journal Psychological Trauma: Theory, Research, Practice and Policy. He conducted the study with Medical University of South Carolina psychiatry professors Heidi Resnick and Dean G. Kilpatrick.

In addition to re-experiencing symptoms, a PTSD diagnosis includes avoidance and numbing, such as efforts to avoid thoughts, feelings or conversations associated with the trauma; efforts to avoid activities, places or people that arouse recollections of the trauma; an inability to recall an important aspect of the trauma; and feelings of emotional detachment. Additional symptoms include hyperarousal, such as difficulty concentrating; difficulty falling or staying asleep; irritability; and hypervigilance.